Among the diverse fishing opportunities in Arizona, wild brook trout are some of the more unusual and highly regarded quarry sought after by small stream anglers in the state.  The char tend to inhabit the highest elevation streams, where the water runs cold and clean through subalpine meadows and stands of spruce and fir, in settings reminiscent of more northerly latitudes. 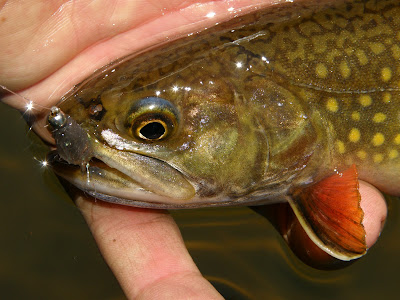 Several creeks on the Mogollon Rim hold self-sustaining brook trout populations, so I explored a headwater tributary of one watershed during my fishing excursions in May, and to my delight found some willing and beautiful little char, including the individual above that grabbed a scruffy Krystal Hare Nymph. 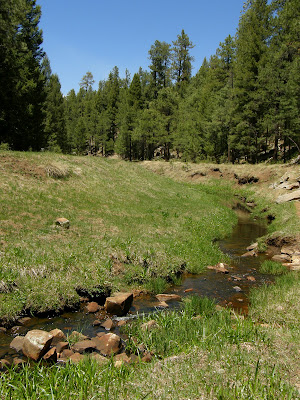 The creek was generally small in stature, but did pool up with some frequency, creating runs of surprising depth that provided holding water for many of the finned inhabitants. 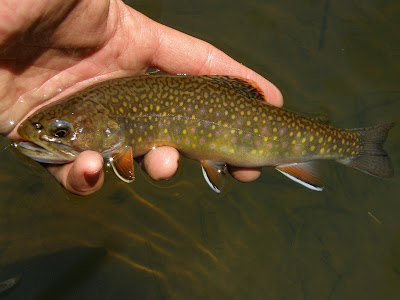 I fooled a couple of brookies from one long slow pool, including the fish above.  I've always thought of brook trout, and char in general, as some of the most striking salmonids, and it was a pleasure to see the jewelled spots and bold contrasting colors of these fish in hand once again. 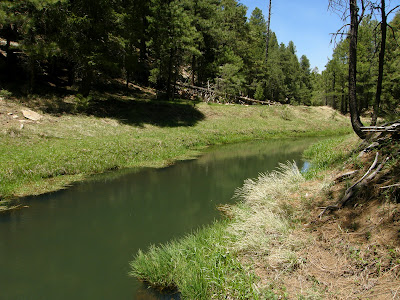 Brook trout shared the stream with some spooky browns, including the specimen below, coaxed out from beneath a small log jam.  Like the brookies, the fish was adorned with some red-orange spots that seemed to burn like embers. 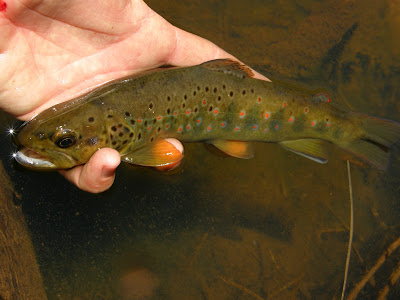 Both the browns and brookies topped out around 10-11" for the most part, just about the perfect size for their small stream settings.   I spotted one larger fish that proved elusive, and the deeper pools seemed capable of harboring additional surprises--all the more reason to revisit this gem of a creek. 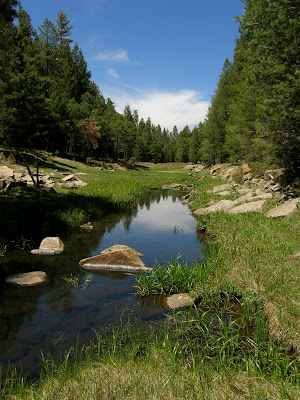 As afternoon wore on, forest shadows crept across the creek surface, and fish began rising for the odd mayfly and terrestrial floating by. 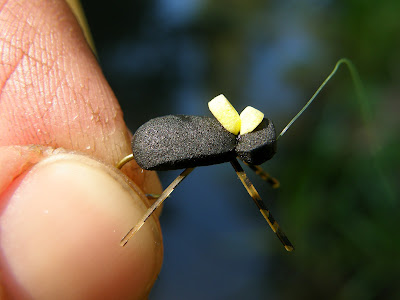 I tied on a #12 black foam beetle, and cast it up into the sluggish currents, watching the fly drift back downstream.  Often enough, the drift was interrupted by the splashy rise of a cruising fish, sometimes culminating in a streamlined handful of vivid spots and bright colors. 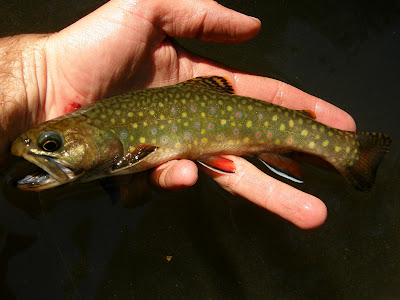 The silhouettes of looming conifers touched by the day's fading light reflected upon the glassy surface of the creek's pools, fractured periodically by a quiet rise or the fall of my fly line. 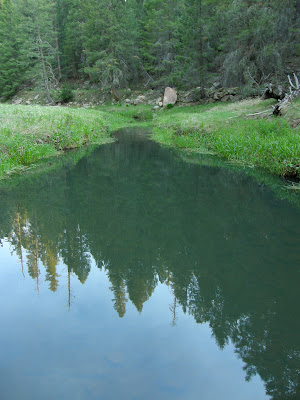 A few more fish responded to the beetle before evening settled, including this lovely male brook trout that displayed some fight for its size. 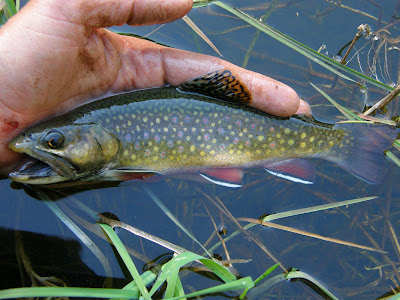 The day's search for a few Arizona brookies had been more than successful, in settings that matched the trout's beauty.  I finally said goodbye to the precious stream, until next time.
Posted by Iain Emmons at 2:08 PM